What are the penalties for Aggravated Speeding in Greenville, IL?

When you get a speeding ticket, you probably think that it’s an inconvenience. Many people dislike appearing in traffic court or paying higher insurance premiums. However, you may not know that you face severe potential consequences. If you are charged with breaking high-speed traffic laws, you could face up to a year in jail in Greenville, IL. It’s known as aggravated speeding, and the state has raised the consequences for drivers found guilty or who plead guilty of these charges. 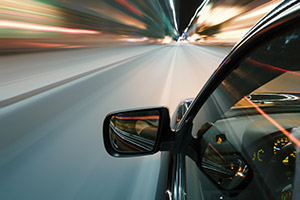 There are two types of traffic laws, petty and misdemeanor, that impact aggravated speeding charges. Driving over 26mph over the speed limit is a misdemeanor that qualifies as a crime in Illinois. There are two types of aggravated speeding — Class B covers speeds 26 to 34 mph over the posted limit, while Class A refers to speeds up to 35mph or more over the limit. Under the law, penalties range from court supervision accompanied by a fine to jail time and a possible criminal conviction.

Petty speeding offenses of less than 25 mph over the posted limit are not criminal offenses. This means you won’t go to jail for breaking these traffic laws. If you’re charged for speeding between 26 to 34 mph, you may face up to six months in prison and fined up to $1,500. Drivers charged with aggravated speeding of 35+ mph could go to jail for 12 months and pay up to $2,500.00 in fines. The defendants also pay court fees.

In contrast, petty offenses, such as speeding in a school zone, cost Illinois drivers $150 plus court fees with no court supervision. Construction zone speeding costs at least $375 plus court fees.

Other penalties imposed may include up to three years of community service plus online or in-person Traffic Safety School. In addition to the penalties already described, there are license implications that may apply as well.

Court supervision sounds scary but is a favorable outcome. Some offenses are not eligible for this outcome, including: 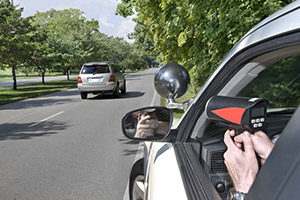 Contact the Law Offices of Michael J. Diaz to set up an appointment to discuss your traffic law or aggravated speeding case today. We fight to lower your penalties and help you avoid jail time.